Johnsmith is one of those artists so often under-recognized – he possesses a genius that cannot be denied, ignored, or overlooked. For the past thirty-plus years, Johnsmith has been sharing his music all across America and abroad. He has become a favorite at festivals, clubs, and house concerts alike. In addition to being a Kerrville New Folk Winner, Johnsmith has released eight solo CDs to rave reviews, leads musical tours to Ireland, teaches songwriting, and has served as a staff songwriter in Nashville. 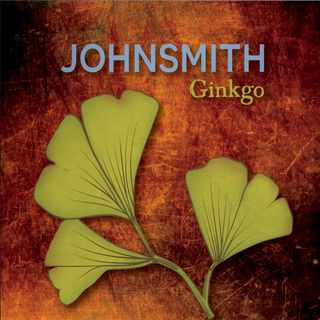 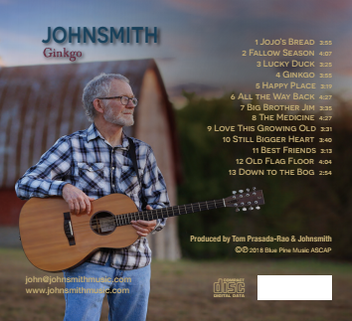 Ginkgo is Wisconsin singer-songwriter Johnsmith’s 8th solo CD. 13 new original songs ranging from the insightful Fallow Season to the moving title track Ginkgo. From the fun ‘talkin’ blues’ Lucky Duck, to his strong belief in nature in the powerful song, The Medicine. This new CD finds John’s songwriting skills reaching a new depth in the art of combining craft and heart.
Co-produced with long time friend Tom Prasada-Rao. Featuring guitar, dobro, banjo, violin, upright bass,  with harmony vocals by John’s daughter Elisi Smith-Waller and long time partner Dan Sebranek.
~ We know Johnsmith and his music here on the West coast of Ireland .. we love how he draws us in with his stories as great songwriters always do. Troubadours have always been part of the Irish landscape and John Smith brings us up to date with what we love. ~
Eoin O’Neil - Clare FM radio

~ On his new CD Ginkgo, Johnsmith sings of dancing in an Irish cottage "On that old flag floor, polished and beautifully worn." That line applies as well to John's songs here, which are carefully crafted and polished, but feel very lived in, quite beautifully worn. John sings of the triumphs and setbacks of everyday life, from home baked bread to a pair of nesting bald eagles to growing old to losing a new friend. These songs touch my heart. I think they will touch yours as well. ~

~ I just want to say that I've listened to John's new CD, "Ginkgo," and I'm overwhelmed by how wonderful it is.  Incredible songs, great production--such a wonderful early holiday gift! ~

John's preferred method is for you to buy the CDs directly from him by emailing him at john@johnsmithmusic.com  and we will send you an email invoice that can be paid with a credit card.   Please include the number of CDs you want and your address.

Or you can send a check to: 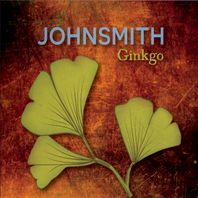 John's preferred method is for you to buy the CDs directly from him by emailing him at mailto:john@johnsmithmusic.com and we will send you an email invoice that can be paid with a credit card.   Please include the number of CDs you want and your address.

Or you can send a check to: 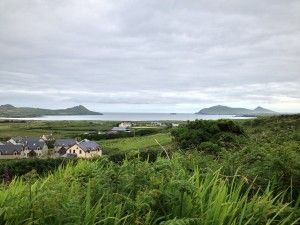 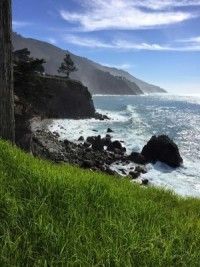 Doors open at 7pm.
Admission $25 in advance / $29 day of show
(Students w/id $12) DUE TO COVID RESTRICTIONS - CAPACITY IS LIMITED TO 90
Advance tickets recommended Advance Tickets are available at: North Shore Bank in Grafton (377-2799) or Vines to Cellar Winery in Port Washington (536-4544) or buy your tickets online: https://www.brownpapertickets.com/5220859 The Unitarian Church North requires masks to be worn by all who attend.